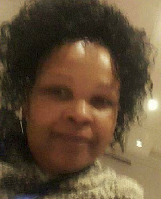 Marcia Woods Johnson, is married and is a mother of two children Marcia has been employed by COTA for over 16 years She was elected to the election committee where she served for one year Marcia was then elected to be a Local 208 Union Steward She has held several community seats, and the following chronicles both her former and present roles: Service and Delivery Committee (formerly) .The Sub Management Committee (active) _ An Executive Board Member (for two terms) The Women’s Committee (active)_ Secretary Treasure for the Ohio/Michigan Conference (active) -The Activities Committee (active). The Benevolence Committee (active) All of her devoted experiences have lead to the wonderful privilege of running for and being elected to her present and active role as The Local 208 Union’s First Female, Second Vice-President of Transportation Marcia maintains a firm belief that by helping both her community and union membership she has blazed a solid path to both her happiness and personal fulfilment